What up party people, its Big Doves checking in again. So about 2 weeks ago, my boy SAFE from Migente clothing came up from Miami to visit. It was a good time filled with hat hunting, joke cracking, sneaker hawking missions. Man, we ended every night eating at Apollo's (chinese/cubano spot). Anyway, last summer he introduced me to a dude who's a good friend of DJ CLARK KENT. This guy reminded me of a classic Bronx Puerto Rican uncle. You know, the guys who would cut you up north, when you fucked with his BlackTail or sardines...

The man I'm talking about if you don't already know, is none other than THE MAYOR! He's owns one of the meanest sneaker collections I've ever seen and he's currently on his 12th Bespoke (at $800 a pop.....what recession?!). Overall, he's one of the realest & coolest dudes I've met in years.

So one night before we went to dinner, he decided to show us his sneaker room. He said he'll never let me back in there since were the same size(good looks on those neon 95's tho). As he gave us a tour of his house (ala Mtv 'CRIBS'), he pulled out (pause) a crispy Levi's jean jacket from his closet. He asked me to rock it 88 style. Nooo doubt. Late last winter I rocked a nice "Mayor" logo for him, so I knew this jacket would be no problem.

This is the finished product (below). I basically included all of his characteristics. I threw in his signature clear storage boxes, the impecable way he rocks his hat to the side(which never falls off) and crowned it with infamous Mayor tag. Plus some additional NY flavor. 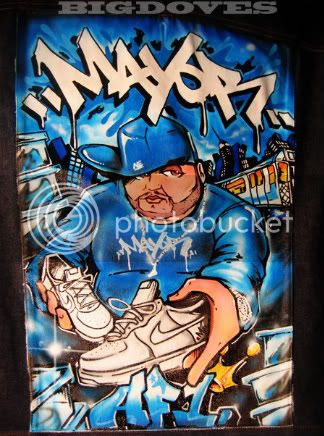 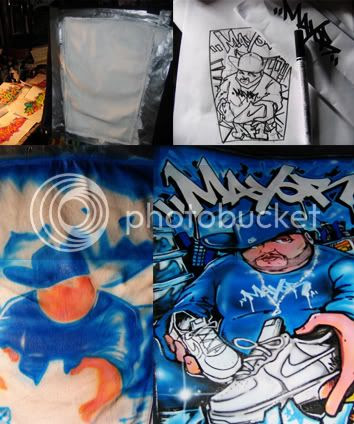 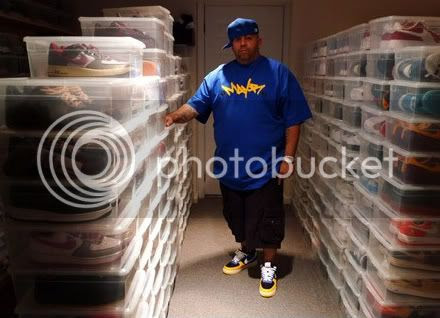